The Advertising Club of Western Massachusetts announced Ronald Weiss, a partner at Bulkley, Richardson and Gelinas, LLP, as one of four recipients of the prestigious Pynchon Medal.  This honor was established in 1915 for the purpose of giving public recognition to those citizens in the region who have rendered distinguished civic service.

In the announcement of the award, Ron’s involvement in establishing the Community Foundation of Western Massachusetts, his long-time work to preserve and strengthen the Springfield Symphony Orchestra as a leader and board member and his leadership roles with other organizations were cited.  His nomination for the award noted Ron’s “remarkable ability to understand and solve complex problems” and his “long-term dedication and commitment to the success of the organizations he serves and to the region in which he and his family live.”

Other recipients of the award are Craig Carr for her work with the Ronald McDonald House, Sally Fuller for her work on early childhood literacy, and Robert S. McCarroll for his work on historic preservation.

The presentation of the Pynchon Medal and celebration occurred on October 18, 2018 at the Log Cabin in Holyoke.

The Pynchon Medal bears the name of Springfield’s founder, whose life and achievements typify the ideals of promoting citizenship and the building of a better community, qualities the award is intended to recognize and encourage. 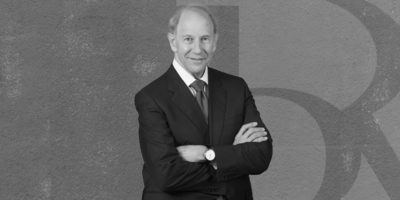